Each spring, Ingenuity celebrates Cleveland’s entire creative class with a program that calls back the excitement of our city at its turn-of-the-century peak!

Ingenuity’s annual fundraiser is an off-kilter gala unlike anything else in town! Once known as the Bal Ingenieux, the yearly spring event now boasts a different theme with each incarnation, featuring the region’s artists, makers, and creatives while paying homage to Cleveland’s exclusive arts club that dominated modernist arts in the city from the 1910s until the 1940s. The Kokoon Club’s annual “Bal Masque” challenged artistic norms with the most unconventional parties around.
Today, Ingenuity’s Bal supports our year-round programming in an exciting and creative way. Secure your tickets now to experience one-of-a-kind immersive artwork, live music and performance, local food and drink, all while contributing to the creation of a year-round center for innovation that supports creative entrepreneurs and welcomes the entire community with open doors. 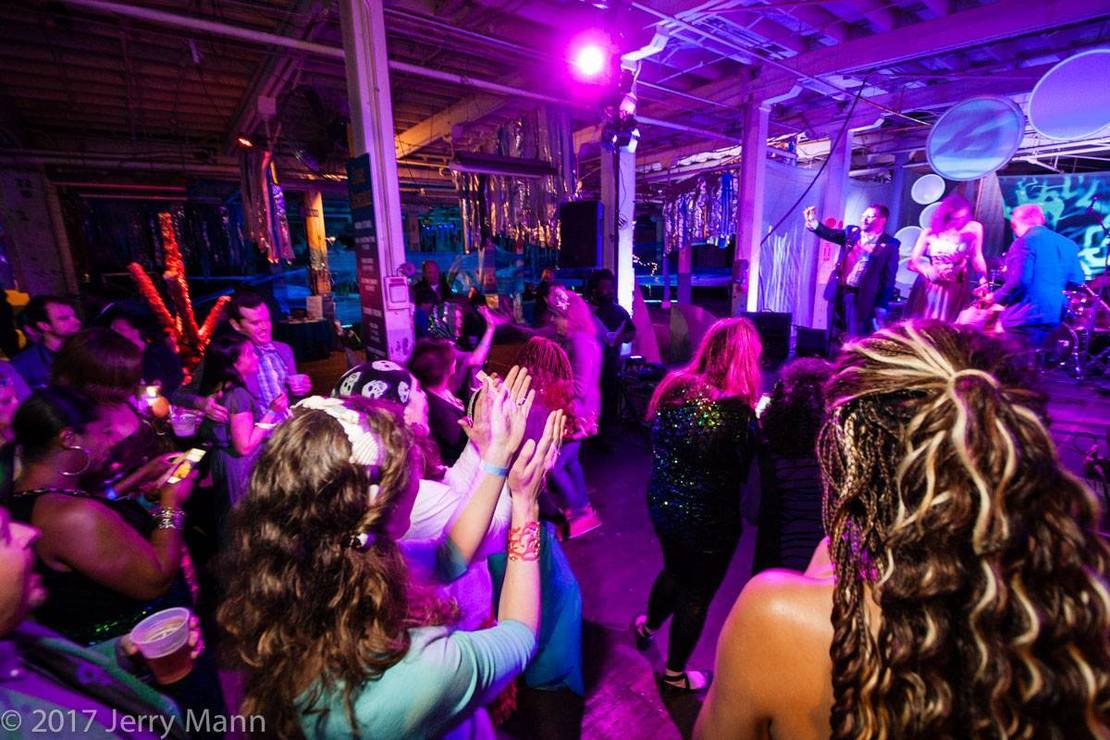 The 2019 Dreamer’s Bal invited guests to step into an ethereal landscape of our subconscious hopes and aspirations that sit latent or ignored, brought to fruition by larger-than-life art installations, immersive music and dance performances, and engaging artistic activities.

Ingenuity’s 2018 Time Traveler’s Bal guided visitors through the lab of a mad scientists, exploded and abandoned but still buzzing with the wanderlust to traverse the ages. Guests stepped through the malfunctioning erstwhile time machine into a mishmash of historical periods from the archeological leavings of a former Dinosaur Den teaming with jungle boogie beats and a sand pit to excavate, through the Lava Lounge of prehistoric earth to the Ice Age of early man, into a Victorian Tea Garden and through the Swingin’ Speakeasy jazz lounge of the early 20th century, and on into a Stargazer’s Intersteller Future. Featuring Whiskey Hollow, MorrisonDance, Unplanned Crew, Mom’s Bassment, Hopscotch, Stephan Haluska Harp, In2ative, and much more!

Ingenuity’s 2017 Bal: Aquatique  was a magical combination of art, performance, and discovery, celebrating Cleveland’s creative landscape while raising funds for our IngenuityLabs incubator program, maker activities, and more. The event was our first program to open up the second floor at the new Hamilton Collaborative, where it once again channeled the spirit of the Kokoon Arts Club, while raising awareness for water-centered innovation in our region! It all took place over 25,000 square feet, complete with a deep-sea Day-Glo ball pit, water-themed makers and exhibitors, and enough programming to swim in, on May 6, 2017.

Bal Ingénieux 2015 took place on May 16, at the Kalman and Pabst photo group, where it highlighted the local firm’s exquisite refurbished warehouse.